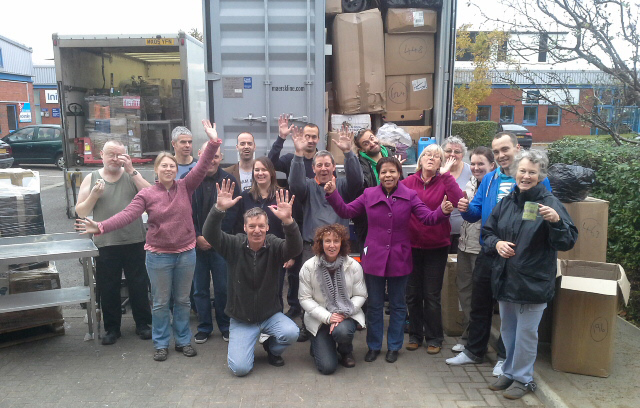 Last October  after collecting a shed full, (big shed) of various items to support the FOMO programme in Malawi, a spirited band of volunteers came together on a cool cloudy Friday morning to see how much we could pack into the 40ft container. A misspent youth playing Tetras, is a useful skill on such occasions, as we manoeuvred the numerous hospital beds, water tanks, boxes and bags of all shapes and sizes into the container.  Our job was done as we waved good bye to the container and surveyed what was left over, for next year’s container. 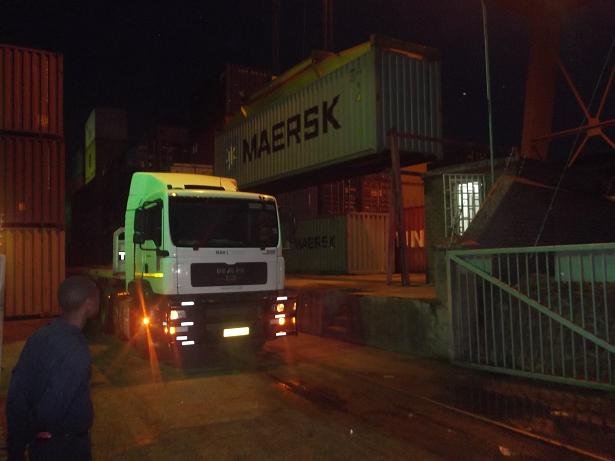 Late December, and the container makes land fall in Blantyre Malawi. With a bit of running about the container was cleared to come down to Mulanje. Transport was arranged and the storage in Mulanje had been previously cleared ready to take and sort the load. So all that was needed was to lift the container in Blantrye from the stack in the custom area and pop it onto a lorry so we could drive the 30 mile down to Mulanje. Now that sound simple, but the crane in the container port that moves the containers around, was not working as their generator/transformer was broken and so there was no electricity to the crane. Not to worry, and after waiting all day we had to standdown the driver of the truck and go back to Mulanje. Next day the electrical supply was still not working, (I can see a back log building up) the situation went on for almost a week, but finally the electricity was flowing again the container was loaded, but now its night time. We can’t unload the container in the dark as we have to wait for the MRA, (customs) people to observe the unloading. The nearest customs post to Mulanje is at the boarder about fifteen miles away. They don’t have any transport, so off we went early next morning to collect them, and finally the unloading started. 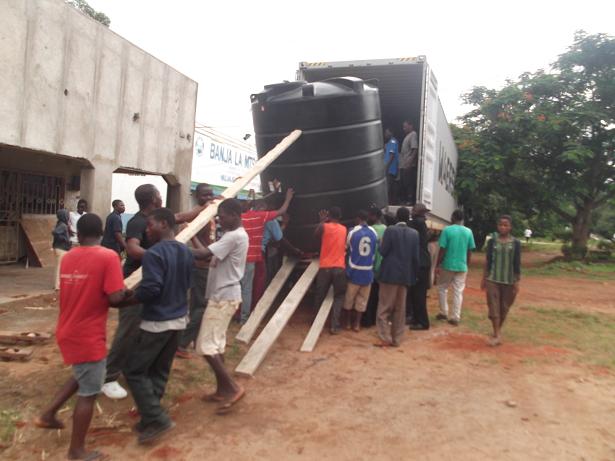 We had a number of large water tanks in the container which had been donated by South Ribble Rotary Club for a water collection project at FOMO Tambala Centre. The tanks are not heavy, but due to their size are a little awkward to handle and the plan was to slide the tanks from the container onto the back of the FOMO lorry, easy!.  Due to mechanical problems, (and if someone wants to help us out with funding for newer vehicles, Christmas will most definitely have come) the truck did not arrive until later, but you have to admire the teams ability to problem solve and though H & S may be shuddering in their steel capped boots, the three tanks were safely unloaded along with the hospital beds for Mulanje District Hospital and a multitude of things for the school, clinic and the children.

A job well done by everyone in the UK and Mulanje that made it possible to deliver the container safely to its destination i.e. the children. 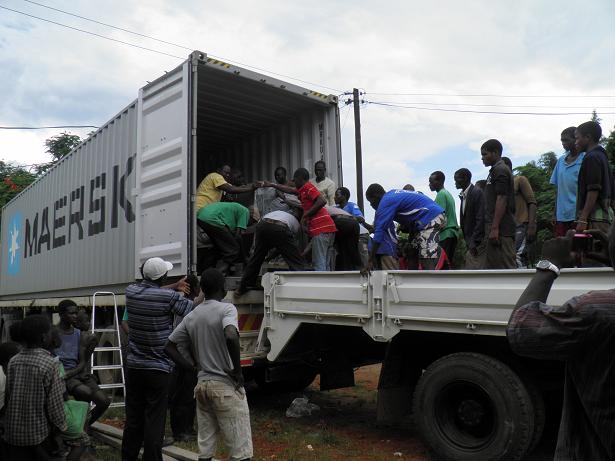