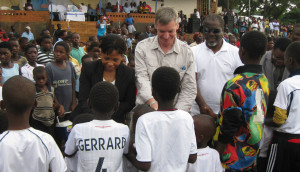 FOMO has for many years been running internal sports and activity bonanzas for many year, each of the 13 centres contributing to the football, netball, athletics, acrobatics, dance and singing, but this is the first year we have concentrated on the underfourteens and taking it to a bigger stage at Mulanje park.

The FOMO under 14 Bonanza held at Mulanje Park Sports ground signified what Malawi should be in future as the young girls and boys entertained the crowds that came to celebrate New Year in style with FOMO joined by members of Mulanje FA, Our Voice Our Future, Mulanje District Council, Police, in the company of chiefs from the surrounding villages. They made the Bonanza a great success. Watching the under 14 playing football and netball, the crowds were greatly inspired.

The bonanza was opened up to many new teams not connected directly to FOMO and allowed the event to truly represent the children of Mulanje. 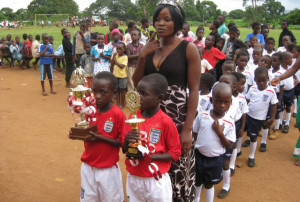 The Principal of FOMO Independent Secondary School Mr. Francis Ligomeka speaking on behalf of the Director Mrs. Mary Woodworth assured the gathering that the Bonanza will continue with full participation of the communities.

The Under 14 Sports Bonanza brought people together regardless of their society or political affiliations. The occasion was the best for any peace loving Malawian would like to see more of such events for the youth in Malawi.

FOMO believes playing sports can give young people joy and desire to succeed in life but still urges young people to work hard at school and live in harmony. 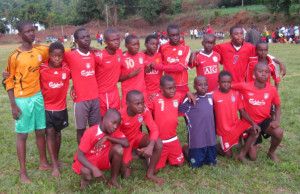 FOMO has for the past many years since its opening changed and influenced living conditions of many orphans through sporting events. Sport gave young boys and girls motivation and opportunities to improve their life and health, while offering entertainment to many social groups in Mulanje.

FOMO WISHES TO THANK ALL WHO SUPPORTED THE UNDER 14 FOMO BONANZA IN MULANJE DISTRICT. 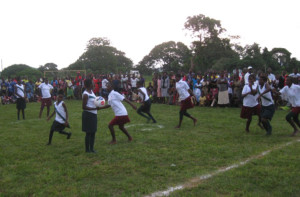 Director of FOMO, Mrs. Mary Woodworth popularly known as “Aunt Mary” together with her husband also popularly known as “Uncle Keith” shaking hands with the officials and players just be-fore kick off. FOMO has for the past many years since its opening changed living conditions of many orphans through its direct aid programme and sporting events. Sporting events have brought communities together while giving young boys and girls’ time to improve their education and well being. FOMO sponsored the Bonanza. 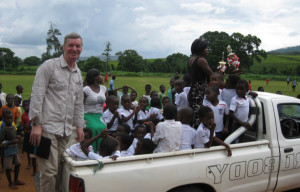 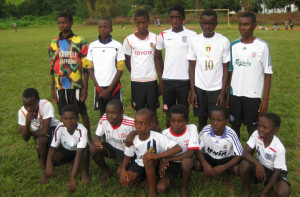