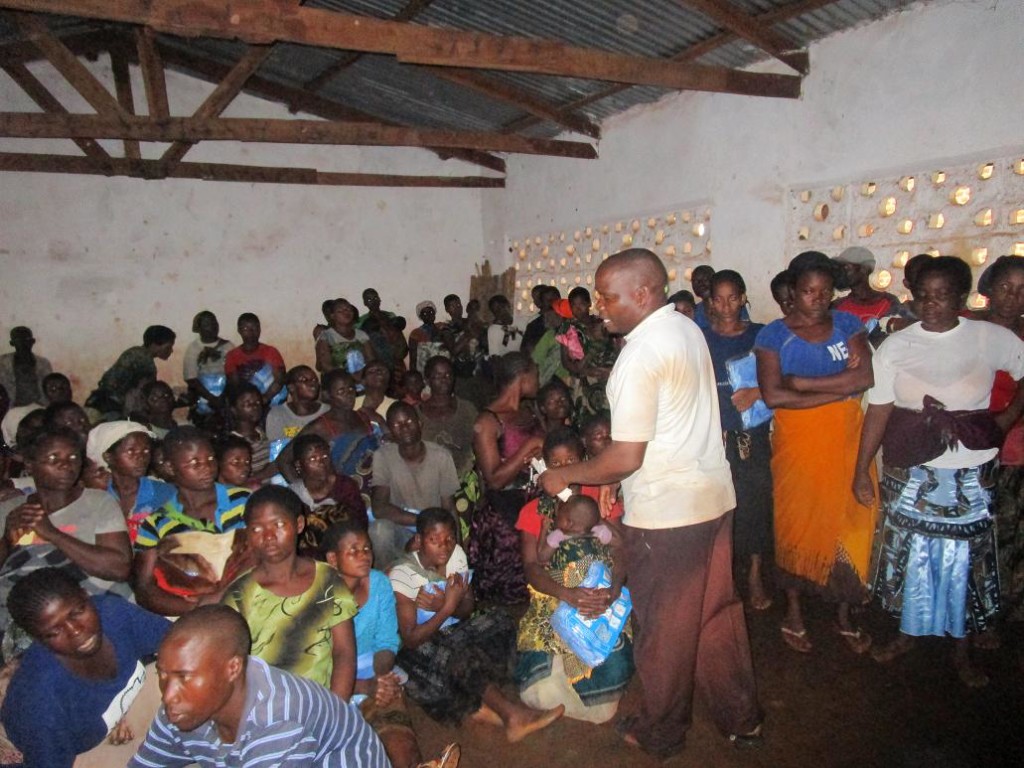 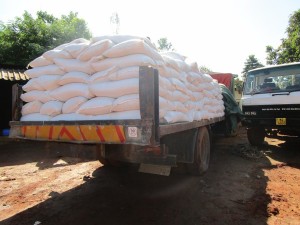 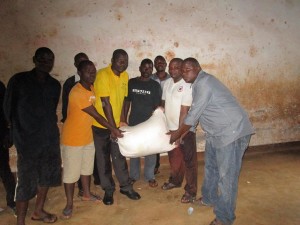 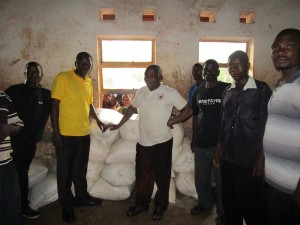 23/01/2015: More maize has been delivered and is being distributed around the worst hit areas – This is all thanks to your kind generosity. Thank you. We still have many months to go, before things are even a little bit stable again, so please spread the word. With more we can do more.

We have set up a justgiving page Click Here 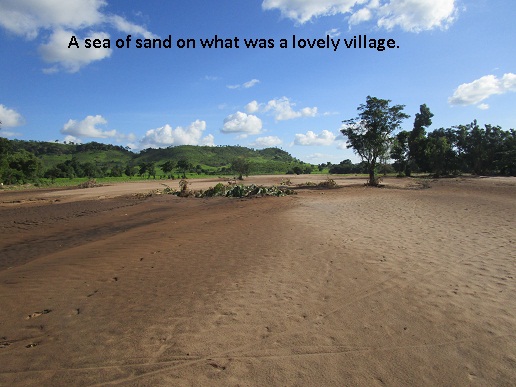 22/01/2015 – Let me report that we went to see T/A Mabuka. He welcomed us whole heartedly. After explaining to him our mission, he honestly told us that though all the villages in his area have been affected, but there is one village close to Mpala School known as Sonjeka, where the whole village has been washed away by flooded Ruo river. We went there.and found over 50 families taking refuge in Mpala School. 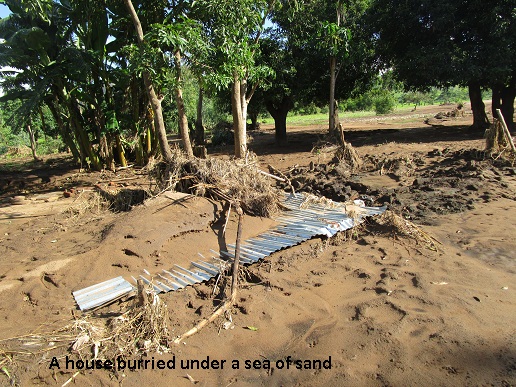 Their houses and fields completely replaced by what I should call a sea of sand. Besides this there also other families from neighboring villages also taking refuge in the same school. There are over 80 families at this camp. We were all speechless and could not believe what we saw. Now we have agreed to go there tomorrow. We are proposing to take 80 blankets, assorted clothes, flour and Nandolo. James is proposing 5 bags of maize flour. But looking at the situation at this camp I thought at least 15 bags if possible.

BRIEF REPORT ON AID TO THE FLOOD VICTIMS: 21/01/15 From James and Amos 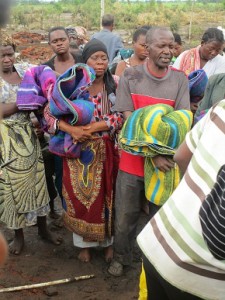 We here by write to report on the aid distribution we had on the 19th of January 2015 as you guided us.

We started at around 6:00am organizing ourselves and taking people to the warehouse to start sorting the clothes. We also sent Mrs. Liphava and Fred to the mill so that we take flour and the grain to the people in need.

Having sorted the clothes we left Steven, Mrs. Liphava, Fred sorting out clothes for Phalombe side while We, Amos, James and Mrs.Saliya went to Nkando, Group Village headman MKalilima we managed to distribute clothes and forty blankets which we collected from Mwamadi and about 15 from the stores. On this morning we had no electricity and it was raining continuously. 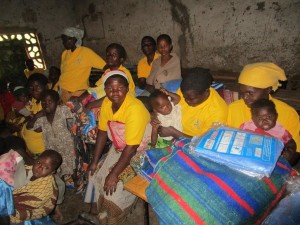 It was so challenging because in the process more and more people began to gather thinking that we were distributing these items to people who were registered by NGO and Government. The Village headman had to clearly explain that we were a different group all together. NGOs and government officials went around the villages writing down every house hold which was affected in one way or the other for example loosing property, collapsed houses, destroyed fields, blown off roofs among others. 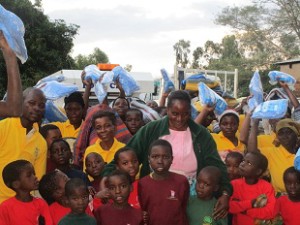 We however targeted people who were so desperate like the village we visited all the houses were washed away and almost all their belongings swept away.

In his remarks the village head concurred with the representative of the affected thanking FOMO for the quick and timely help.

In the afternoon we braved the persistent rains and we left Chitakale for Phalombe side.  We loaded most of the staff on our truck and the ambulance carried clothes. We visited Mpambachulu School where a large number of families have sought refuge in this school. Other people were at Nthuluwe primary school and others were in a Roman Catholic Church near the school. The people had their homes and fields washed away by the floods. We were accompanied by T/A Nkanda and she was of much help in the whole process. We helped the people at these two camps with 20 bags of maize flour, blankets, assorted clothes, baby blankets, Mosquito nets and legumes. 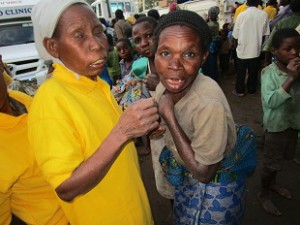 It must be stressed here that whatever we distributed was appreciated by T/A Nkanda, the village heads and the recipients.

However there is still need of more help. These people as repeatedly stated have lost all their belongings. Secondly, they have no homes. In addition some of them are school going children and are worried as their parents cannot afford meeting their education needs. 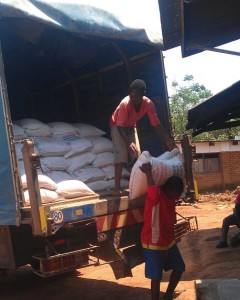 Picture: Maize Delivery –  The people we worked with are, Steven; Blessings, the driver; Mwamadi Chair, Mrs. Saliya; Mrs. Ruth Kumwamba, Chair for Kumwamba centre; Mrs. Liphava; Fred, receptionist, Lawrence and Magalasi from FOMO mill, and another boy Sayison. We thank them all for their cooperation.

We also take this opportunity thanking the directors and all FOMO supporters for the help. These people have at least something to start with. 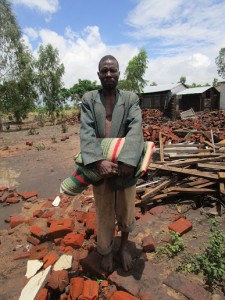 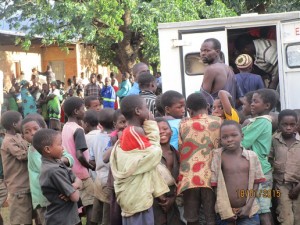 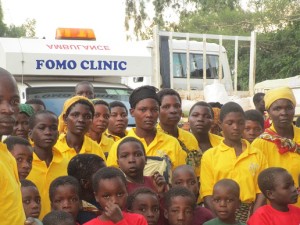 Update 17/01/2015 – FOMO has some resources on the ground which will distribute, but we still needs funds to help as many as we can.

From Amos (Head of FOMO School) and James (FOMO’s Accountant)

We write to inform you that the whole of this day we have been to some
places where people have been severely affected by the floods.

The first place we visited is Kalilima village T/A Nkanda, Mulanje (Close to Nkando trading centre). Several houses have been totally destroyed. However we focused on the village named above where almost all 15 houses have been washed away.

From there we went to Mpambachulu and Sadibwa village near Kambenje trading centre as you go to Phalombe. T/A Nkanda gave us her aid to escort us to these areas. Again here several houses have been damaged, but we were so concerned of the people whose houses have been washed away. Thuchira River has actually abandoned its usual course and cut through several villages. The people are housed in Pambachulu primary school and other schools such as Chazinga primary and others where we did not manage to visit because the road is totally damaged. About 265 families are camping in this one primary school. Men and women sharing different blocks. Saddening was the fact that these people have no blankets, mats to the extent that they use ragged mosquito nets as blankets. Some have what one could hardly call a blanket. They are afraid of Malaria outbreak as they have no mosquito nets. We
found a lady and a girl sleeping on a piece of timber without anything to cover themselves with. Yet they are sick.

They also urgently need basic items as above. You may wish to know that we are the first organization to visit these people since the flood took away their belongings they cherished so much.

We did interview most of the people including village heads but we did
not directly take their pictures.

We have set up a just giving page Click Here for donations or you can contact us directly via email fomouk@hotmail.com. 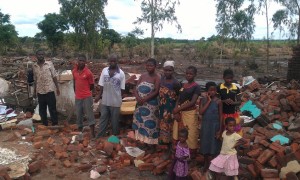 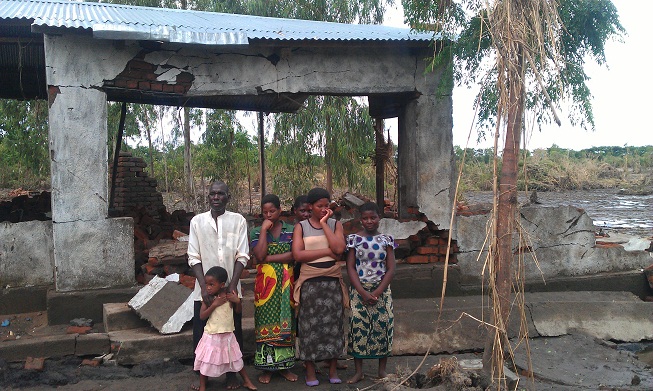 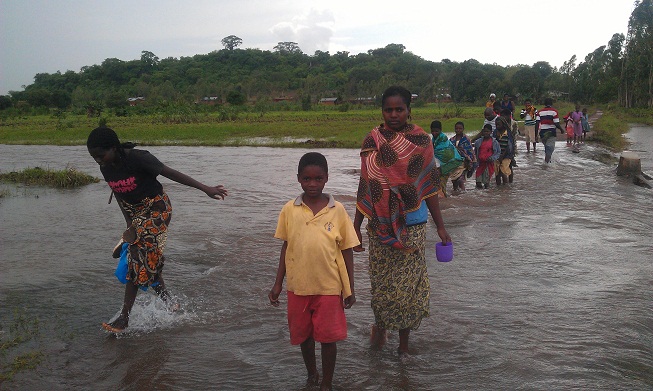 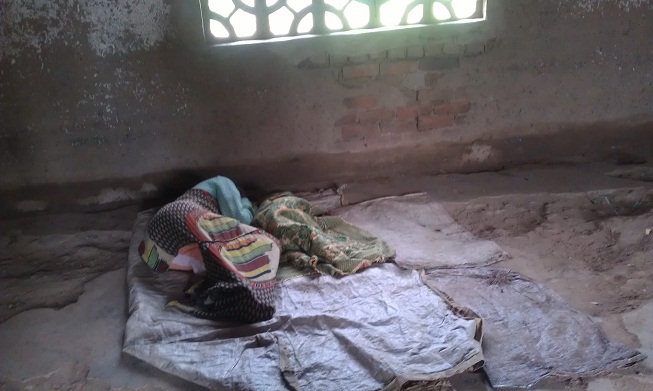 The southern region of Malawi including Mulanje is in the grip of unprecedented floods. 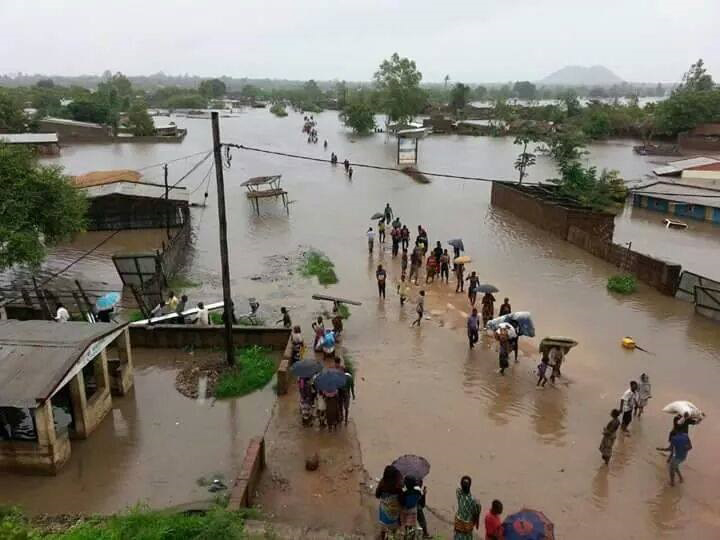 This will be familiar to many in the UK, but the consequences for the local rural mostly subsistence farmers, is deadly. They may have survived the initial, but the loss of newly planted crops and their food store from last years harvest will lead to famine and starvation. Add to this the lack of shelter, over flowing pit latrines, the loss of their few possessions, blankets, pots and plates and the immediate situation is bleak. There is no support structure and to mobilise the countries few resources will be too little too late.

Help is needed now and in the coming year to both feed and repair the damage done.

FOMO has not been unaffected by this disaster, with the loss of structures and total destruction of the crops that help to support the children. Nearly all our children come from rural families and their situation is still unfolding.

FOMO has raised a “Flood Appeal” to help purchase, plastic sheeting for shelter, food, plates, blankets and to support the children and their families over the coming year.

FOMO gives direct help and can react quickly, but we do need help at this critical time.

We have set up a just giving page Click Here for donations or you can contact us directly via email fomouk@hotmail.com.

Thank you for your time and assistance you may wish to give. 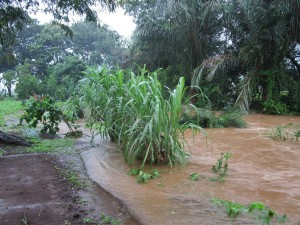 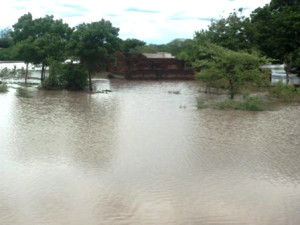 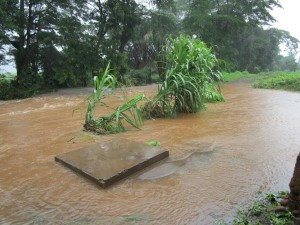 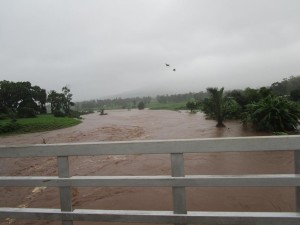