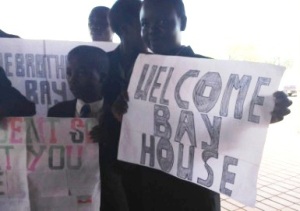 Bay House School and Sixth Form have strong links with organisations worldwide; these links put Bay House on the map globally and it has a reputation of having international status. One of the strongest links Bay House has is a link with a charity based organisation called Friends of Mulanje Orphans (FOMO) this charity supports 5000 orphans through a ever growing network of different community centres where the children are aided in all aspects of living. Malawi is the third poorest country in the world and has a massive resource shortage from food to basic building equipment for houses. This is why everyone is doing all we can to help this underdeveloped country. One of the ways we are helping is by sending a team of 8 students and 4 members of staff out each year, this year I was lucky to part of team Malawi 2014 from Bay House.

To be selected on team Africa meant that each individual had to raise the minimum of £1500 through fund raising, this covered the fight out to Malawi, accommodation, food and donations to the charity. There are many ways of raising this money many people do cake sales, c ar boot sales and sponsored events. To fund raise my money for the trip Idecided to take on a paper round which I did daily and all the money I worked for I gave straight toward the trip. It is recommended by the school that you fund raise the money yourself rather than just paying in the money for the trip as this make the whole experience more personal because you know that you have worked hard for others to benefit and this way you can see where the money is going.

Two years ago when I started collecting the funds for the trip I didn’t really know what I was letting myself in for. To start with I thought that I was going out to help in orphanages, have an eye opener to the reality of the world and learn a bit more about FOMO its self. However I didn’t really understand the impact we made to the children’s lives just going to see them, and I wasn’t really aware of how intense the experience was going to be, and the amount of contact we had with the children. This meant that I didn’t really realise how emotionally attached I was going to get to the children and the origination as a whole. The reality was that the children were incredibly grateful for us just being there to see them as this gave them hope that someone out in the wider world was thinking about them. It was the fact that the orphans had nothing yet appreciated everything they had was heart-breaking as people back in the UK live privilege lives and most take it for granted.

That’s why I’m never going to be the same, the experience of going to a 3rd world country was overwhelming and a massive cultural shock and makes me realise how lucky I am to live in a country which is so wealthy. 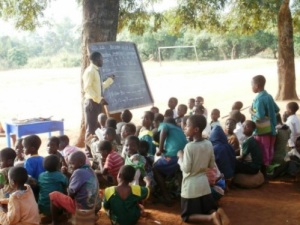 When we were there we visited 7 centres plus two nurseries and the Mulanje General Hospital. Before the trip out we all collected items such as clothing, books, games and sports equipment as this is what FOMO and the children were most in need of, on the trip over to Malawi we had all our suitcases jam packed full of these types of items. So when we visited each centre we took with us some donations to the children on top of the money we raised. These items we gave straight to orphans so we could directly see our contributions making a difference. One of the ways our presence helped was that we gave them a role model to learn from as this is something they would never of had which meant that they could get a better insight to what the western world is like thus meaning it gives the children something to strive for in later life. But it’s not just short term benefits of us going to visit the children it’s the fact that, our story will now be shared back home and our experience will be told to hundreds of people meaning that we have raise awareness of the charity and have publicised FOMO more which then in turn means that FOMO will benefit as they will gain more attention and long term more money. 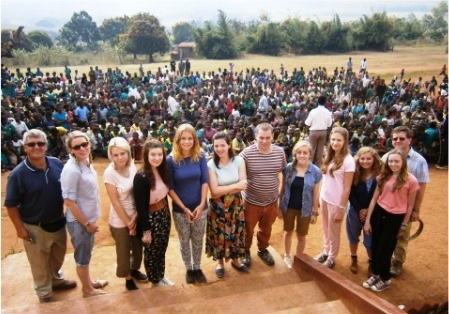 The link between us and FOMO is ever growing with every year we visit the charity. It started over 10 years ago when Bay House School sent a small team of students out to FOMO. Since then we have continued to strengthen our relationship by supporting the charity, FOMO has expanded a considerable amount since our first links, as just last year they opened FOMO independent secondary school (FISS) this school takes privet students as well as FOMO sponsored students. This is a massive achievement for the charity as now it can become sustainable as they have potential new

FOMO employees. However this school doesn’t just benefit the charity it also benefits the whole country as its bringing up an educated generation which means the country can move forward and develop their government and infrastructure further. This development of the school means that Bay House and FISS can learn and share teaching methods thus enabling each school to refine their teaching and learning meaning both schools benefit.

Having international links is good because students, like myself, have the chance to have life changing experiences such as visiting these poor counties as now after this trip I look at school in a different light and it makes me appreciated my learning more. Going to a different school teaches me about the different cultures also us being there means that the pupils will learn about our culture too. That is why Bay Houses’ international links are invaluable to the school.