There is a phone advert on TV at the moment that tries to imply that we are all connected. I am married to my wife, my wife has met the president of Malawi who has met some of the world leaders like David Cameron, Barack Obama etc. Does this mean I am connected to David or Barack? Of course not. Do they know I exist, other than as a statistic? Of course not, but they have the power to change my life for good or ill.

I am linked to a little girl called Teka through a web of connections that have their origins in the distant past and individual decisions made along life’s way. To you at the moment she is just a little girl in the mass of humanity. The decision is yours to read her story and make a connection. What action or inaction you decide will affect her and maybe thousands of other children in similar circumstances.

The last image you see of Teka as a happy 12 year old will live forever, but she may have already slipped over the horizon and become just another statistic. The power to connect and make a change is in your hands.

Teka’s Story: Teka is now 12 and a survivor – thanks to FOMO.

Her parents split up when she was very small and Teka lived with her dad. She was just five when he died. Rejected by her Mum, who had remarried, and by other relations, the future looked bleak for little Teka. Luckily her 9 year-old brother had the sense to ask FOMO for help. It was decided Tika should stay in the children’s house where a care assistant would protect and care for her. A happy Tika was soon top of her class at school.   One day she was involved in an accident on the way home from school, which left her battered and bruised. FOMO’s clinical staff visited her every day, but she lost some schooling and  it was decided she should board at the school to make up the lost time and avoid the perils of travelling .Again she bounced back and was soon at the top of her class once more.   Then in June this year FOMO had a call from the school to say she was very sick and had been like that for two weeks. FOMO immediately went to collect her and found she was so weak that she couldn’t even walk across the room. The FOMO ambulance was called and she was taken to Mulanje Mission  (a fee paying hospital) where she stayed for a couple of nights, Despite a diagnosis that she was just run down and would be better in a week, her condition didn’t improve. Again the FOMO ambulance was called. This time she was taken to Blantyre, and a hospital with a working X-ray machine. As our own clinician had suspected, Tika had TB. FOMO paid the bill and got medicine. Within a week (staying at the FOMO centre) she was up and about and looking a lot better, though still in some pain, 6 months later and she has completed the TB treament, Tika is now back to normal, and she is now back at school and doing well. But where should Tika live?

Enter Sheila, who helped to care for Tika while she was ill and shared an obvious bond. A ‘FOMO child’ herself, Sheila  is now married with her own child, but her house was too small to take in an extra child. FOMO again stepped in and rented a house for Sheila. her family and Teka. Teka once again is doing well at school and has a family that she can settle down with. Now in her final year of primary school it is anticipated that she will pass to go on to Secondary school and with the right funding, will go even further.

If FOMO hadn’t been there Teka would be begging on the streets.

Now she has a chance to be Teka.

Helping does, has and will make a difference,

but we do need YOU to help sponsor children like Teka,

Your gift today can save a child from a life of suffering, and open up a world of opportunities.

Even a small gift to help the children may seem too little, but to them it’s means everything.

www.fomo.co.uk………with more, we can do more………… Please pass on this email 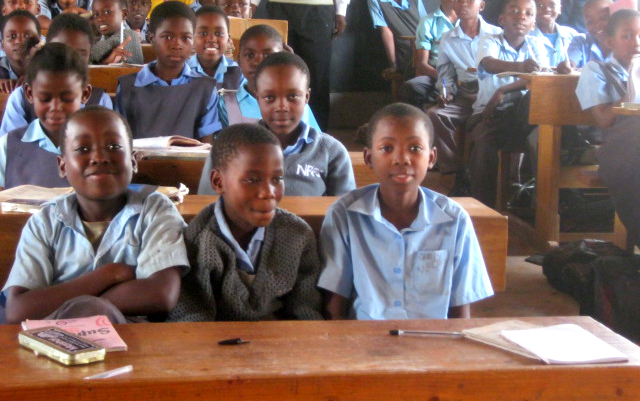